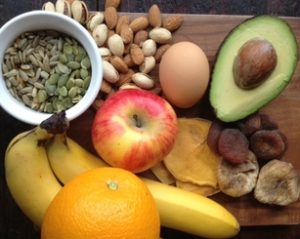 It’s becoming clear that millennials are responsible for much of the turbulence in the snack industry, particularly in the area of savory, healthy snacks.
This young generation, spanning the ages of 18 to 34, is currently coming into its own in purchasing power and surpassing baby boomers in numbers. While they are the most highly educated of any generation, they are also deeper in debt than any other. However, while low-paying jobs and high debt may be keeping millennials from traditional life steps such as getting married, buying homes and having children, they are ready to spend the money they do have on food.
Because Millennials grew up in a time of increased concern over obesity they have driven their generation to have a preoccupation for healthy foods, particularly in snacks, and has led to brands such as Skinny Pop and Kind seeing explosive growth. Promising a low-calorie but satisfying snack, Skinny Pop saw a 1,900% increase in sales from 2011-14, according to Euromonitor. The R.-T.-E popcorn category as a whole saw 10% sales growth from 2008-14 while the microwave popcorn category suffered declines. After partnering with Starbucks, Kind was able to get its product in front of consumers. With recognizable ingredients that consumers could see as well as a commitment to social responsibility, the brand ropes in millennials who have no qualms about voting with their dollars based on these values.
Millennials’ diversity also has influenced their snacking tastes. Being the most ethnically diverse generation and growing up in an increasingly global society, these young people are looking for interesting flavor combinations. No longer are they satisfied with simple pepper, these shoppers look for jalapeño, chipotle, habanero. In an effort to reinvent themselves, savory snacks also are looking toward sweet flavors for limited-time-only products, such as Cinnamon Sugar Pringles.
Trends revolve around healthy eating, home cooking, gourmet ingredients, innovative flavor combinations, on-the-go eating and snacking as meal replacement. It’s in these trends that the snack industry can — and has — found continued growth in the past few years.
The obsession with healthy eating also has influenced this generation to learn to cook at home more, a trend many believe offers a great opportunity for snack producers. While home cooking is on the rise, it has been reported that 72% of home cooks want to improve in their cooking skills and three-fourths of them want more recipes.
In this new food landscape, reinventing snacks and the way consumers view and consume them is where continued growth will come from, whether it’s through portability, nutrition or interesting flavors.