Why is Gluten Bad For Me? 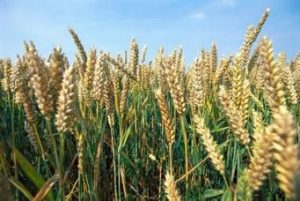 Gluten is a protein belonging to the grains barley, wheat and rye. It is a stretchy protein that captures carbon dioxide released from yeast, causing breads to rise. While gluten is not a problem for everyone, for people with a gluten sensitivity or intolerance, gluten can cause health problems. Unfortunately, removing these grains from the diet is not easy. Gluten is used in many consumer products other than food, including vitamins, prescription drugs, malt, lipstick and toothpaste.
Celiac Disease
Roughly 2 million Americans have celiac disease, an autoimmune disorder triggered by the consumption of gluten. According to the American Diabetes Association, 10 percent of Type 1 diabetics also have celiac disease. Gluten can damage the small intestine, prohibiting the absorption of vital nutrients, which can lead to vitamin deficiencies. Abdominal pain, bloating and diarrhea can occur, but some people experience no symptoms. Celiac disease may express itself in other ways, such as anemia, depression, joint pain, muscle cramps, rash, tingling feet and legs, osteoporosis or upset stomach. Vitamin deficiencies may result in fatigue, oily stools, weight loss and bone loss. Because the symptoms of celiac disease mimic other digestive disorders, diagnosis can be difficult. Methods for testing for celiac disease include blood screening and intestinal biopsy. There is no cure for celiac disease; the best treatment is to avoid gluten.